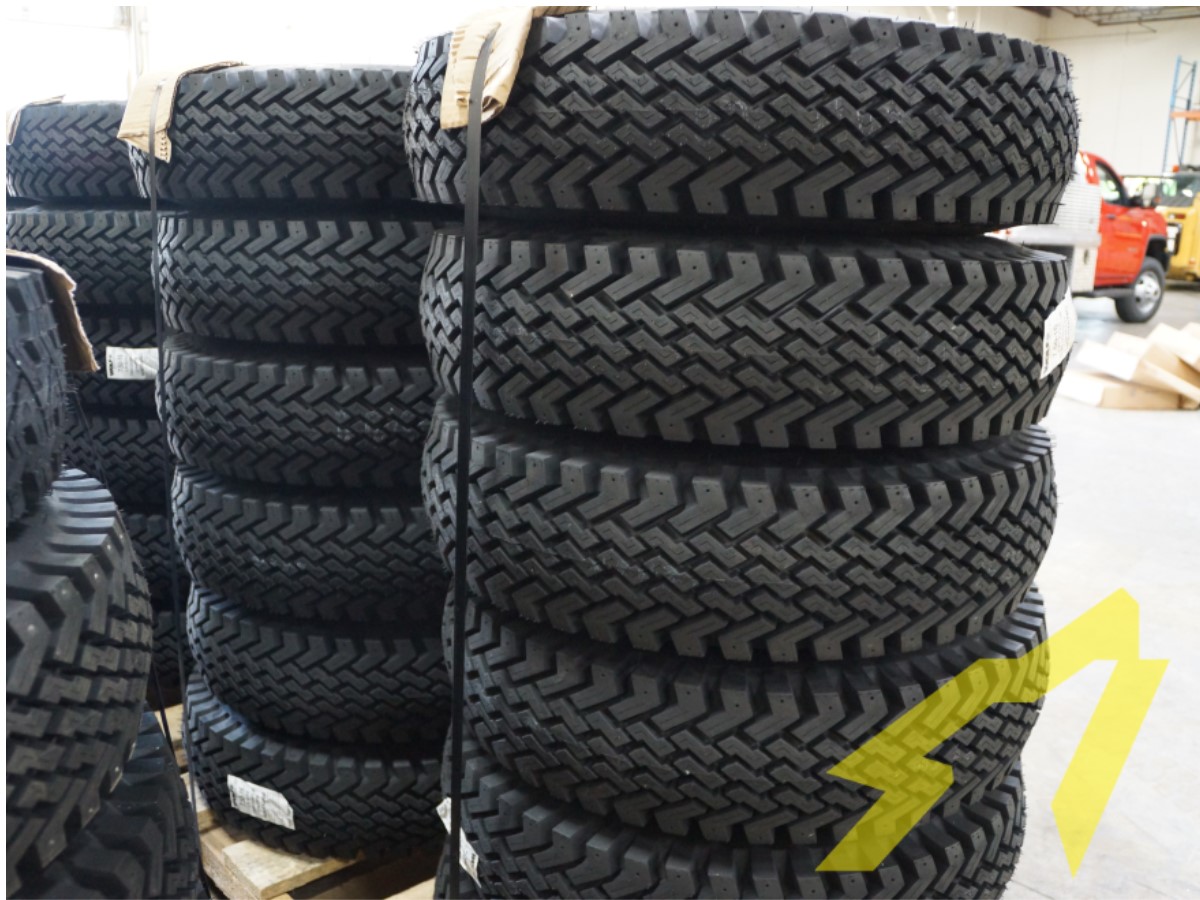 Find Your Super Power Where the Rubber Hits the Road

Slip, slide, skid. When it comes to plowing snow and scraping ice with a skid steer, “S” definitely stand for Superman. For exceptional clearing, maximum productivity and minimal fuel consumption, you need to do it to a “T”.
‍

Without traction, neither the size of your plow nor the power of your skid steer can save customers in distress. I don’t care if your mild-mannered alter-ego works at a newspaper and you make quick changes in phone booths; if you want to leap large parking lots in a single bound (or even small drives), you’re going to need to get some grip.
‍

There are only two options for gaining traction on snow and ice:  chains or snow traction tires.
‍

So which is super, and which is more like a plan from Lex Luthor?
‍

Before we get to that, there’s a question we need to take head on – What’s wrong with the tires that came with my skid steer?
‍

The answer is… absolutely nothing, for three seasons of the year.
‍

Standard skid steer tires are squat and sturdy. They have strong sidewalls, hard rubber tread and tread patterns for work on rugged surfaces, tough terrain and in mud around job sites. They’re great at it.
‍

But the answer changes when the snow flies; almost everything with your standard skid steer tires is suddenly all wrong.
‍

Those are big issues when plowing snow, because whenever your skid steer tires break traction, fuel and power are wasted.
‍

Here’s a theoretical to illustrate.
‍

You need to clear a lot full of heavy, wet snow. You’re running a 50HP skid steer – a powerful machine – with a 9-foot plow. It’s all sitting on standard skid steer tires.
‍

You engage, the skid steer starts to move and the snow starts piling up in front of the plow. Pretty soon you feel something slip, then slip again. The tires are breaking traction and the skid steer slows down. Now, rather than all the skid steer’s power being transferring to the ground, only part of it is getting there. It’s not a 50HP machine, anymore; what you’ve got there is a 30HP, 25HP or 20 HP machine.
‍

You put the hammer down, but that just makes the slippage worse. Before long you’re at a dead stop. The wheels are spinning but nobody’s home.
‍

Slippage not only keeps you from doing the job as quickly, but it affects your fuel efficiency, too. When the tires spin, you’re burning fuel but not getting any work done. Less productivity, same cost. Actually, more cost when you add in lost time you could have used to complete another job.
‍

Which brings us back to the two options for improving a skid steer’s traction on snow and ice….
‍

A lot of guys use chains, and they definitely gain traction compared to standard skid steer tires alone.
‍

A bunch of different manufacturers make chains for skid steer tire chains in 10×16.5 or 12×16.5 sizes. They’re readily available; you can pick up a set just about anywhere snow falls.
‍

But that’s about the end of the good links in skid steer tire chains.
‍

One of the primary problems is right in the name of the machines they’re used on:   steers. When they turn, they skid to provide the tightest possible turn radius. Every time the machine turns, it skids across the surface and the steel chains are ground down a little more and a little more until, finally, they break. And it doesn’t take as long as you might think.
‍

Most people who use skid steer tire chains carry at least a couple of extra sets at all times. Changing them is not difficult, but it does take time. And in snow removal, time is money.
‍

Another problem is that, since the machine skids even more on ice than on concrete, it takes longer to get to the optimal turn angle. Every turn takes more time.
‍

Add hard steel chains to what are already hard tires and you wind up with a harsh, vibrating ride. With the continuous, intense clattering, even the Man of Steel would think his teeth were about to rattle right out of his head.
‍

Finally, chains can’t be used just anywhere. The hard steel and will leave scratch marks on most surfaces.
‍

Sounds like the work of someone your customers might see as a super villain. Golly, Lois, that just won’t do!
‍

Skid steer snow traction tires are engineered specifically for maximum grip on snowy and icy surfaces. In the interest of full disclosure, SnowWolf is the only company that has designed and manufactured a skid steer snow tire – WolfPaws®.
‍

Snow tires flip the negatives of standard skid tires onto their rims.
‍

They beat chains by a mile, too.
‍

And there’s no contest when comparing snow traction tires to truck tires rigged to mount on a skid steer. Truck tires are taller, so using them on a skid steer causes more stress to the drivetrain. That could mean more downtime and maintenance, and in some cases it could void equipment manufacturers’ warranties.
‍

We all want to be heroes to our customers, applying maximum power to plowing snow, pushing snow and scraping ice.
‍

For we are the Super Plowers! Wherever the rubber hits the road, or the driveway, the parking lot or anywhere else contracts take us, we always plow, push and scrape to a “T”.
‍

So whaddya say? Ready to save the day?