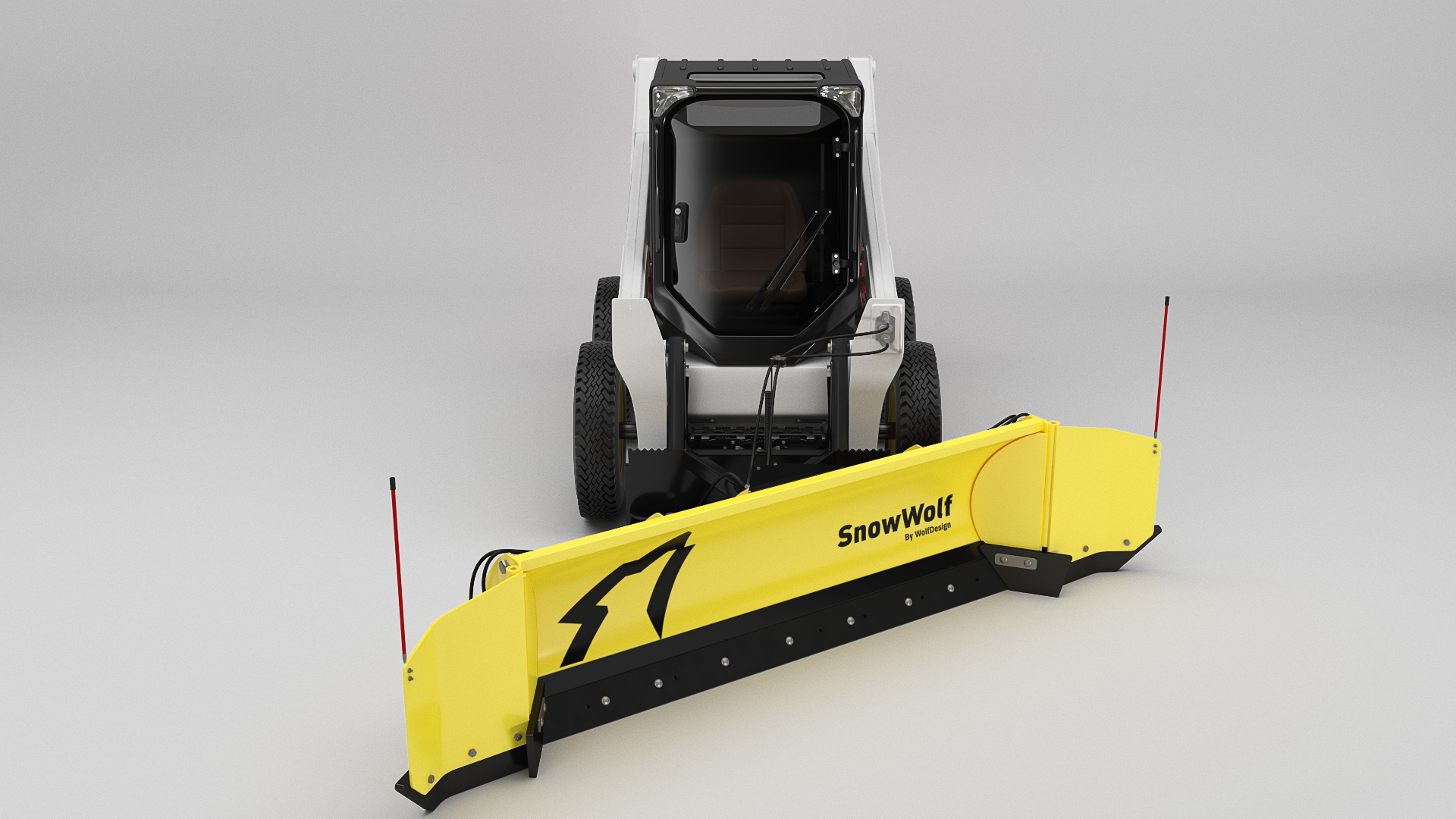 The Most Efficient Way to Remove Snow from Lots

‍Angle Plowing with Wings is Best, but There’s More to It Than That

Big, small or in between, for efficient snow clearing in parking lots, angle plowing with wings rules.
‍

Nothing compares to the speed of plowing both ways up and down a lot, making uninterrupted passes and moving snow from one side to the other or from the center to either side.
‍

But as is so often the case out there on the job, there’s a lot more to it than that:

First, though, let’s clarify a couple of things.
‍

Every snow removal contractor’s objective is the same – a completely cleared surface in the least amount of time. There are four ways to get down to it: straight plowing, angle plowing, pushing and backdragging. Each has its place and time, depending on the area being cleared.
‍

Big, Small or In Between

These are relative terms. Small to one contractor can be huge to another and vice versa. For this discussion, let’s say large lots are adjacent to big-box stores, malls and the like. Small lots surround convenience stores, are in front of small businesses and run between apartment and townhome complexes.
‍

Keep in mind that, just because a lot is small, that doesn’t mean you won’t be able to windrow in parts of it. For example, a convenience store might have with a street on one side and gas pumps out front, but longer stretches of open blacktop on the other side and out back.
‍

Straight plowing is OK for moving snow short distances, but it’s the least efficient in large spaces. There’s very little containment, so in longer passes snow trickles off of both ends of the plow. The only way to avoid that is to take smaller bites on each pass, say with only 50-60 percent of the attachment actually plowing snow.
‍

Lots of people will say a big pusher on a wheel loader is always the fastest in a large lot. If you’re talking about a really, really long lot, where the big machine can really get moving from end to end, that might be true. But it would have to be a massive lot.
‍

For the rest, we respectfully disagree. In fact, we put together an animated video as a real-time demonstration of the efficiency of an angle plow with wings compared to a snow pusher. Check it out.
‍

Angle plowing is efficient because it creates windrows and keeps moving snow closer to the edge of a lot. You’re able to plow in both directions, moving snow one way from the center on the first pass and, on the return pass, moving it the same way off of the opposite end of the plow. However, as I already pointed out, to avoid trickling off of the forward end of the plow, you’ll only be able to use 50-60 percent of the plow on each pass.
‍

With a plow angled at 35 degrees and wings that angle forward 45 degrees, the leading wing is parallel to the sides of the machine. This setup adds a tremendous amount of containment so you’ll be able to take a full bite on every pass without trickling snow off of the front end of the plow. That, in turn, saves significant time because it eliminates the need for back-cleaning.
‍

Fifty percent! Yeah, whether you’re on a small lot or a big one, that’s huge.
‍

This is where “more to it than that” comes in.
‍

Not every lot is long, uncluttered and poised for sustained passes. Even really big lots can be littered with obstacles like light poles and parked cars. As for small lots, vehicles can create problems there, too, along with gas pumps, dumpsters and other random impediments. There usually are areas where tight turns create containment issues, as well.
‍

In small lots you’ll often be moving snow to a specific area for stacking, which is an ideal job for a standard pusher. However, there are major advantages to being able to contain snow and backdrag in the tight areas and around obstacles in many small lots.
‍

With a pusher attachment on your angle plow, you’ll be able to contain and move snow to a specific area, but you’ll also be able to drop the attachment to backdrag between pumps and vehicles, away from doors and so on. The angle plow-and-pusher combination also provides for tight cornering with no spillage.
‍

There are lots of box plow attachments, many kinds of wings and all kinds of angles for plows. But if you want a solution that covers everything, there’s only one: the QuattroPlow. Straight plowing, angle plowing, pushing and backdragging – all will be yours, and all on the fly. You’ll have maximum flexibility for all kinds of jobs and be able to complete them quickly.
‍

Some solutions are best for big lots, others are great for small ones, and combinations can be ideal for the in-betweens. Only you know what’s best for your contracts and your customers. Whatever setup you decide will be best for your jobs, we have the plows and attachments to pull it together.