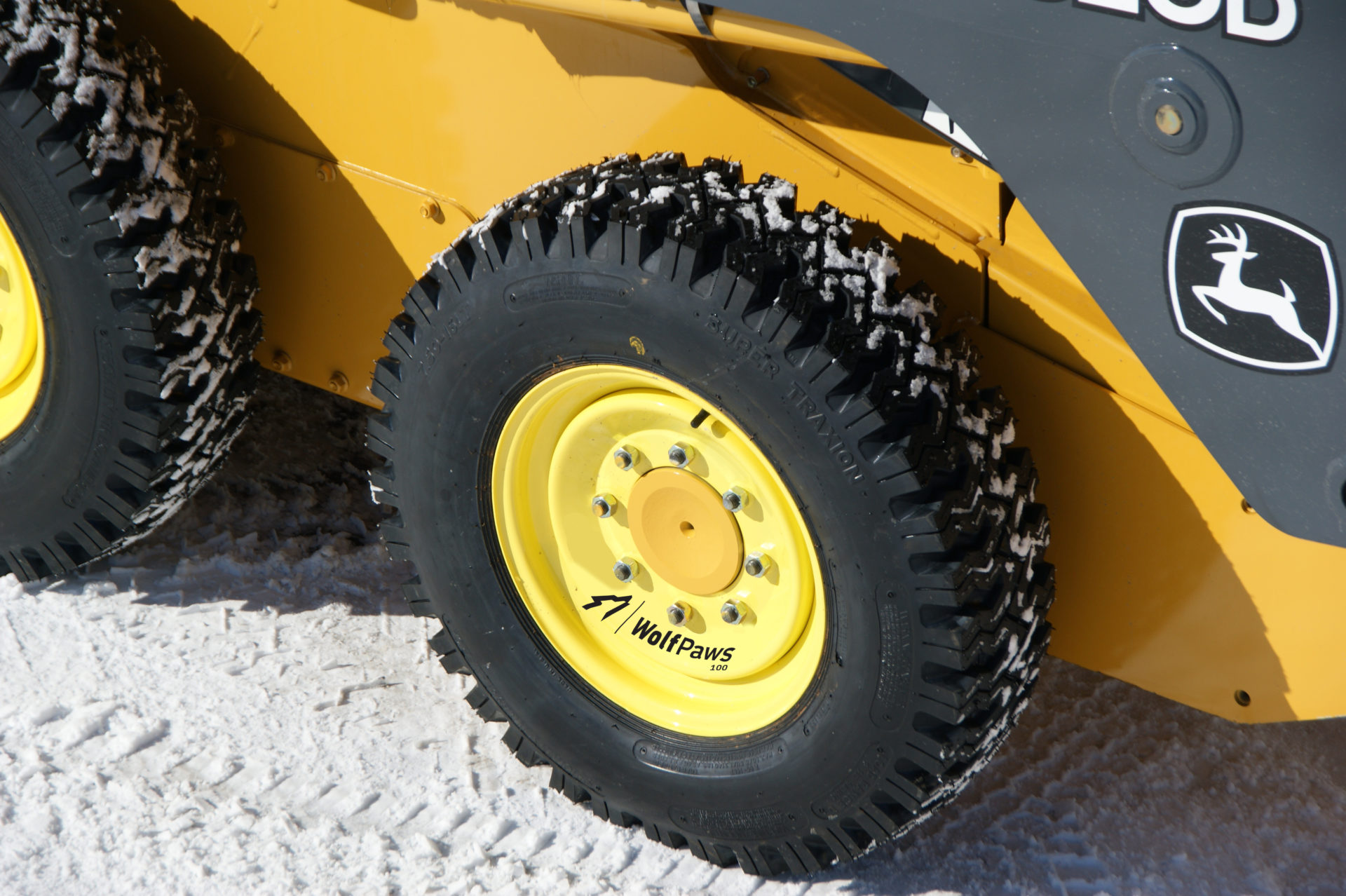 More and more often lately I’m being asked whether a tracked skid steer or wheeled skid steer will perform better in the snow. Why?
‍

Tracked machines outsold wheeled machines 51.9 percent to 48.1 percent for the first time ever in 2015 according to Equipment Data Associates, which tracks UCC financing activity in the U.S. for sale and lease equipment transactions. That’s a pretty staggering statistic considering that, as recently as 2010, tracked skid steers made up only 29.1 percent compared to wheeled skid steers at 70.9 percent.
‍

Additionally, as time goes on, more and more contractors are turning to skid steers and other machinery to move snow. It’s not exactly a new trend – our founder spoke to a writer about the advantages almost 17 years ago – and we expect it to continue.
‍

So… tracks or wheels? Well, it’s not that simple.
‍

I’ll never forget the call I took early in my career from a contractor in Minneapolis who had just purchased a brand new Bobcat 864, like this one:
‍

The caller was irate. Along with his expensive new machine, he had purchased a SnowWolf UltraPlow from his local dealer. The problem? His beautiful new setup wouldn’t move in the snow, and he was sure the plow we specified was too large for his machine. It didn’t make sense to me. He had purchased an 8-foot-6-inch angle plow, and the comparable wheeled model at the time, Bobcat’s 863, would push that plow just fine. Everything was identical except one had tracks and the other had wheels.
‍

The difference was traction. And oh what a difference traction makes, as we would come to find out. In those days, the few track loaders on the market were mostly equipped with what we call a “bar lug” track. The 864 had an 18-inch-wide track with solid rubber “bars” running across the whole track; there were no sipes or tread character for traction in the snow.
‍

We continued our research with a machine made by ASV many years ago, the Posi-Track 2810, like this:
‍

What we found amazed us.

It was an entirely different experience. Because of its ultra-low ground pressure, and a tread pattern that was much better optimized for snow, this machine could not only plow snow quite well, but it could quite literally drive on top of a snow pile! It probably shouldn’t have surprised us that this track design worked so well in snow since Edgar Hetteen, the co-founder of both Polaris and Arctic Cat and the so-called “grandfather of the snowmobile industry“, was also the co-founder of ASV.

Nowadays, there are many different tread patterns on the market, including snow-specific patters. But the same problem continues for those using bar lug style tracks. The larger the rubber pad that hits the ground, the less traction you’re going to get on snow and slippery surfaces. What’s great for driving over lawns, digging in mud or working on gravel is as equally “un-great” for working on slippery ground.
‍

The pros of a tracked machine really depend on what you do with it in the summer season, not the winter season. Its fantastic floatation abilities make it the clear choice for anyone who works in muddy or wet areas. It’s also great for someone who does lots of grading or work on grass, slopes, uneven terrain or sandy conditions.
‍

By far the biggest con is the cost of ownership. The acquisition cost is much higher, and the maintenance costs for sprockets, idlers, rollers, replacement tracks, etc., can become a pain in your pocketbook.
‍

Our conclusion: Use a tracked machine only if your summer use justifies the cost of ownership. If you want maximum efficiency moving snow with a tracked skid steer, use a snow-specific track for maximum traction.
‍

The biggest pro for the wheeled machine is, of course, cost of ownership compared to the acquisition and maintenance costs of a track loader. Contractors whose core use is on paved or hard surfaces or in snow removal often prefer the wheeled machine.
‍

The cons include any of those working in the terrains mentioned above, where the track loader is superior. If you’re a landscaper who can get a tracked machine in after a rain day while a wheeled machine would keep you off the site for another day, that’s a big consideration.
‍

If you’re using your loader on pavement or in snow removal the majority of the time, go with wheels. That said, while wheeled skid steers with standard tires get better snow traction than tracked skid steers with bar lug style track, you’ll never fully optimize your wheeled machine in the snow until you switch to snow tires.
‍

Okay, I know this is a shameless plug for WolfPaws®, but don’t take it from me,  listen to what contractors say:
‍

“One thing a contractor can do to greatly improve the performance of his skid steer is to equip his machine with tires specifically for winter applications. The ideal tire for snow removal is generally a narrow tire – approximately 6½ to perhaps 8 inches wide – increasing ground pressure.” - David Caldwell, Takeuchi
‍

I leave you with one last thought. If you have an 85HP skid steer, and your standard tires break traction when the machine is putting out 50HP, why did you by an 85HP machine?
‍