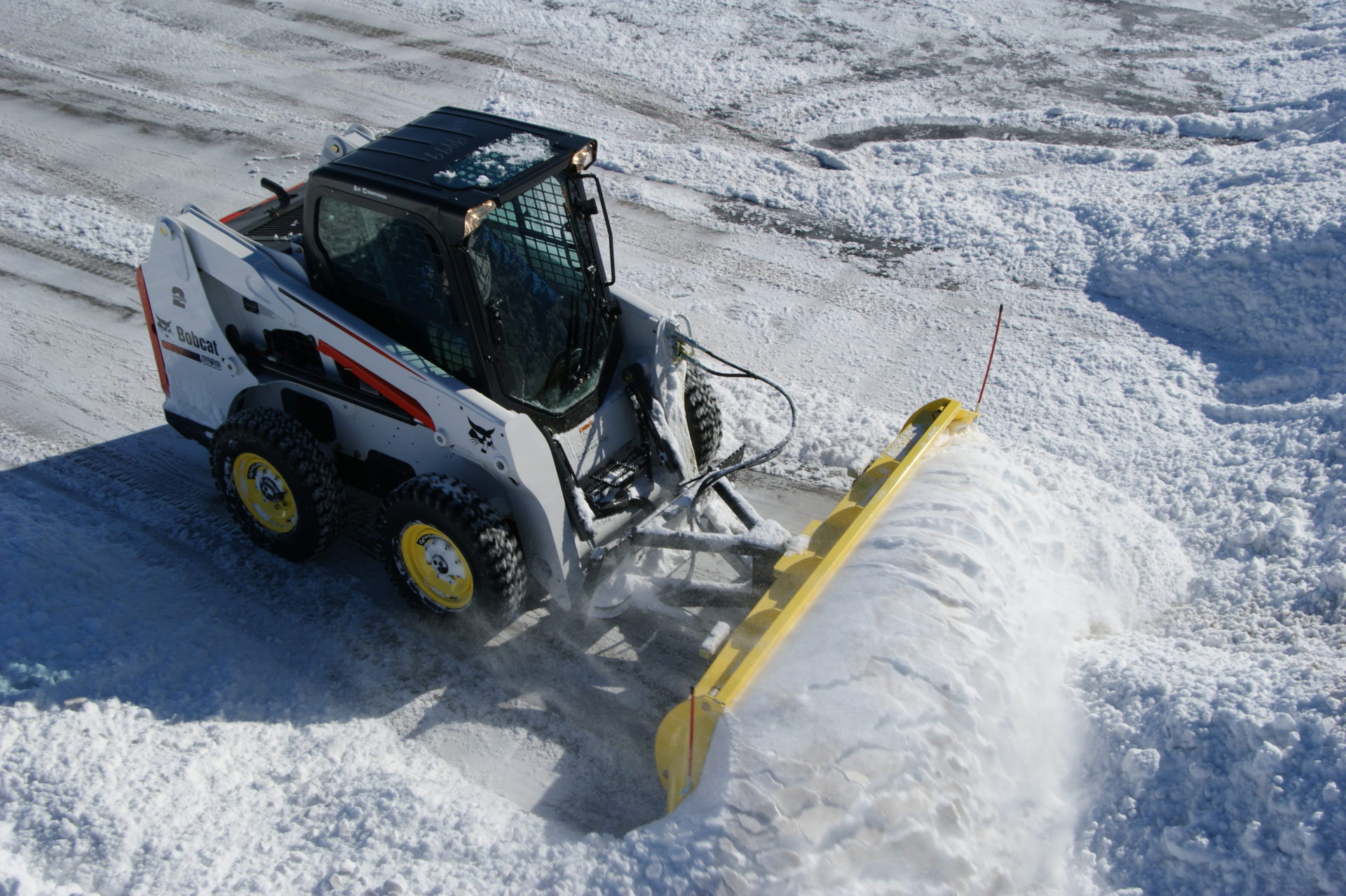 Which Skid Steer Should You Buy for Snow Removal?

High-flow or low-flow? When you’re ready to buy a skid steer, this is going to be a primary question. As with most tools and equipment, the answer depends on how you’re going to use it.
‍

It reminds me of the old Scottish song, “Loch Lomond” – But in this case, it’s about the best and fastest route to a cleared surface.
‍

Low-flow and high-flow refer to the hydraulic fluid and the rate at which it moves through two hoses, one from the skid steer to the attachment and another back to the skid and its filtering system. More specifically, it refers to how many gallons of fluid move through the hoses and the attachment’s motors and cylinders in one minute.
‍

Standard-flow machines are… well… standard; high-flow is an option that costs a premium. Sometimes it’s worth the extra cost, sometimes it’s not.
‍

Hydraulic flow rate and the skid steer’s operating pressure dictate the amount of power that is delivered to the attachment and how much power the attachment can deliver to its task.
‍

Standard operating pressure for skid steers is 3,000 pounds per square inch (psi), give or take. Hydraulic horsepower is calculated by multiplying that number by the flow rate and dividing by 1,714.
‍

That equation expresses the peak performance you can get out of a hydraulic attachment. The more hydraulic fluid you pump through the attachment’s motor, the more hydraulic horsepower you’re going to get out of it. Same goes for pressure. Conversely, reducing the flow rate or psi decreases the power output.
‍

The majority of skids used in snow removal are low-flow machines. The reason is that, in general, snowplows, snow pushers and other snow attachments don’t have motors. Since you don’t need a lot of power for basic movements such as angling, tilting and swinging cylinders back and forth, a low-flow skid steer will do nicely.
‍

The one exception in snow removal is a high-capacity snow blower. Take SnowWolf’s UltraBlower as an example. The UltraBlower has a motor on the impeller (a.k.a. the second stage) that lifts and throws the snow; a motor on the auger that cuts through snow and ice and moves it toward the impeller; a motor for rotating the chute; and a tilt cylinder that adjusts the chute’s pitch so you can direct the snow closer or farther away.
‍

All those motors and the cylinder require more power. More power requires more hydraulic fluid. And that means you require a high-flow skid steer.
‍

That doesn’t mean you can only connect high-flow attachments to it. Attachments with low gpm requirements work just as well on high gpm skid steers.
‍

High road or low road, we might never meet our true love but at least we’ll have the right skid steer for clearing snow from our driveways, lots and parking ramps.